FMS WhistleBlower - The missing tool for FileMaker Server
Wednesday 3:45 at the un-conference session room.
In this session, Claus Lavendt will present a new freeware tool, created by Peter Wagemans and Claus Lavendt. It is designed to monitor all your FileMaker servers and will enable you to design custom actions, when specific events occur.
The tool will even monitor the processes used by FileMaker Server and tell you if e.g. the script engine has stopped. You can even send commands to your FileMaker servers.
The best thing ?  It is all controllable from a FileMaker file, which means that you now have a way of gaining full control without having to login to the servers OS.
Want to learn more ?  Come join this presentation, where we are also open for discussing some of the other tools, we have created to the community.

And don't forget: get interviewed by FileMaker Pro Gurus next week at DevCon!

Users will be able to dial into France without charge via Hangouts, Google Voice and Project Fi from anywhere in the world these services are supported, as announced by the company on Thursday evening.

The Safety Check feature lets users notify others on Facebook that they're safe following a dangerous event in the area, such as an earthquake, mass shooting or explosion. 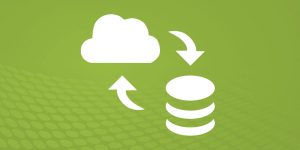 Having copies of the files in S3 ensures that if something happened to your FileMaker Server, or even the EC2 instance you are running on, you could get those files back up on a new server as part of your disaster recovery plan.

The steps involved include:

Take backups to the next level with cloud hosted backups. We show you how easy it is to use AWS S3 with FileMaker.

The only time I used S3 was back in 09, when we were trying to back up over a dedicated T3 line to S3.  The problem was, we generated 2-4GB per day of content (lots of photos, videos, and documents). Once I started the process with our existing massive storage, I calculated it would take 120 days to get the first backup completed.  That solution did not work out–we had to stick to high-speed tape backups stored off site.  Backing up FileMaker files, for the most part, should not pose nearly as large a problem.  In fact, I back up my servers to Dropbox overnight and rarely have a problem.

Still, it's good to know of alternatives.

Source: Backups in the Cloud with AWS - Soliant Consulting

Everyone is entitled to be stupid, but some abuse the privilege.